Thimerosal Mercury in Vaccines Associated with 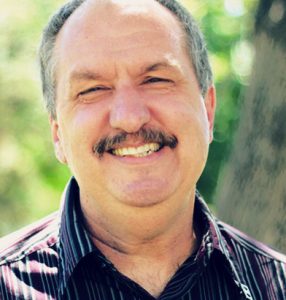 Tics According to CDC Research by Brian S. Hooker, Ph.D., P.E  Between November 2013 and September 2014, I was in direct contact with the CDC Whistleblower, Dr. William Thompson. I recently wrote about my interactions with Dr. Thompson in an editorial piece that appeared in the winter 2017 edition of the Journal of American Physicians and Surgeons (22:119). One of the key issues that I discussed with Dr. Thompson was the relationship between thimerosal and tics, based on CDC’s own publications.

The literature regarding thimerosal and tics (both motor and phonic) is quite compelling. Several of CDC’s own studies show that high levels of thimerosal exposure via infant vaccines can lead to tics later in life.

True happiness isn’t about being happy all the time Over the past two decades, the positive psychology movement has brightened up psychological research with its science of happiness, human potential and flourishing. It argues that psychologists should not only investigate mental illness but also what makes life worth living. The founding father of positive psychology, Martin Seligman, describes happiness as experiencing frequent positive emotions, such as joy, excitement and contentment, combined with deeper feelings of meaning and purpose. It implies a positive mindset in the present and an optimistic outlook for the future. Importantly, happiness experts have argued that happiness is not a stable, unchangeable trait but something flexible that we can work on and ultimately strive towards.

Pancreatic cancer accelerated by stress, finds study A new study shows that stress accelerates the development of pancreatic cancer by triggering the release of “fight-or-flight” hormones. Beta-blockers—commonly used medications that inhibit these hormones—were found to increase survival in a mouse model of the disease. An additional analysis of patients with advanced pancreatic cancer revealed that those who were taking selective beta-blockers, which are used to treat heart conditions, lived approximately two-thirds longer than those who were not taking the medications.

Dental Mercury: Dangerous to Pregnant Women and Children in Europe but Safe in the US?  Dorice Madronero offered a grave warning to a 2010 Dental Products Panel of United States Food and Drug Administration (FDA):