Could Tolerating Disease Be Better than Fighting It, Breastfeeding moms’ milk can transfer life-long protection against infection to their babies, 15 Facts about Measles the Mainstream Media Won’t Tell You, In Order to Get Fit, You Must THINK of Yourself as Fit 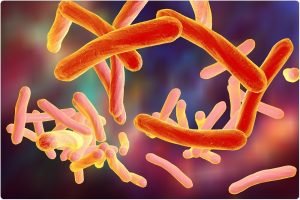 Could Tolerating Disease Be Better than Fighting It? – About a year ago, some—but not all—of the mice in Janelle Ayres’s lab at the Salk Institute for Biological Studies in La Jolla, California, got really sick. Ayres and her colleagues had infected each of the animals with the pathogenic bacterium Citrobacter rodentium, and within a few days, some of the mice began losing weight. Their colons became severely inflamed, and the animals died not long after. But other mice that were also exposed to the bacterium looked perfectly healthy. All the mice were genetically identical. They were fed the same food, kept in the same kinds of cages, and had no notable differences in the composition of their microbiomes. “Yet half the animals died, and the other half survived,” exactly what she was aiming for, Ayres tells The Scientist. This type of experiment is called “lethal dose 50,” the level at which the dose of a toxin or pathogen kills half of the population that’s been exposed. Ayres was running the experiment to determine what causes genetically identical mice to respond differently to the same pathogen. Scientists using the protocol typically assumed that susceptible mice had more-severe infections—that random events drove up the number of pathogenic bacteria and this caused them to die—while surviving animals got lucky and managed to keep pathogen numbers low. But when Ayres tested her mice, levels of bacteria in the gut and other tissues were the same in both groups.

Breastfeeding moms’ milk can transfer life-long protection against infection to their babies – Previously, it was generally thought that immunity against illness is passed from mum to baby for only the period they are breastfed and this protection ends when breastfeeding stops. It was also thought that this immunity was transferred by a mother’s proteins such as antibodies that are used by the immune system to neutralize bacteria and viruses. However, research in mice by scientists published today in Science Advances, has found that the transfer of immunity can be long-term, beyond the period of breastfeeding. They also found that this protection was driven by the transfer of immune cells and was completely independent of antibodies. The research found that infant mice breastfed by a mother who had a worm infection before becoming pregnant acquired life-long protection against this infection. Unexpectedly, this effect was passed onto the infants by cells in the mother’s milk and not proteins such as antibodies. These transferred cells provided protection from worm infection throughout the body to the infant. This work shows that mothers exposed, even before pregnancy, to a globally prevalent source of infection provides long-term breastfeeding-acquired immunity to infection in their infants. 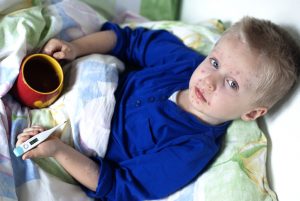 15 Facts about Measles the Mainstream Media Won’t Tell You – The mainstream corporate media have been in hysteria mode about measles, as have federal, state, county, and municipal governments. Every article you read essentially reiterates the same talking points: measles is a deadly disease, the vaccine is very effective and very safe, and “anti-vaxxers” are a threat to society because they are so dangerously ignorant about the science. Yet parents doing their own research are well aware of how simplistic and downright deceptive the mainstream narrative is. The media refuse to even scratch the surface of the subject and engage in public policy advocacy — i.e., propaganda — rather than properly educating the public about what science actually tells us. So here are 15 scientific facts about measles and the measles vaccine that you aren’t being told by the government or mainstream media

It’s a Mindset: In Order to Get Fit, You Must THINK of Yourself as Fit – If you know you’re not as physically active as you should be, stop thinking about it and start doing something about it. People who view themselves as lazy compared to others are more likely to die at a younger age, even if their actual activity levels were the same. That means people who thought they were less active than their peers likely weren’t reaping the full benefits of exercise, all because of their negative attitude. Lead author Octavia Zahrt, a Stanford PhD student in organizational behavior, says she knows firsthand how negative self-talk and toxic comparisons can make a solid effort seem lazy. She explained: “I am from Germany, and back there I felt really good about my activity level. I biked to work, and went to the gym maybe once a week.” Zahrt says that when she moved to California, she was suddenly “surrounded by people who exercise all the time. Compared to them I felt really inactive, and I developed what I know now was a really negative mindset about my physical activity.”